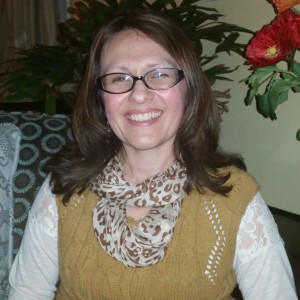 Esperanza Sanchez graduated from San Diego State University in 1997 w/ a Master’s of Social Work. Immediately following her graduation she began to work with Home Start, Inc., a non-profit organization whose mission was to prevent child abuse and provide therapy for those families affected by trauma. Esperanza began her clinical focus on trauma and PTSD with Home Start families. While at Home Start, Inc. she worked collaboratively with San Diego Justice Center, where victim’s of domestic violence could find all the services they needed in one place. Here she provided crisis intervention, assessment and referrals for women trying to leave the violence.

After leaving Home Start, Inc she worked at Rady’s Children Hospital where she furthered her clinical skills in trauma and Posttraumatic Stress Disorder (PTSD) with victims of child abuse. While at Children’s Hospital she also worked directly with adolescents in their own school setting running therapeutic groups.

In 2005 Esperanza became an independent clinician where she began treating adults and adolescents struggling with depression, anxiety & trauma.

In 2006 she became a certified EMDR therapist.

By 2007 Esperanza had her 3rd child. Due to her own personal struggle with postpartum depression with two of her pregnancies she became interested in treating women who faced perinatal mood disorders (PMAD) and postpartum depression (PPD). She joined a professional group committed to helping these women by learning and understanding the uniqueness of depression during and after pregnancy and giving these women hope. Soon thereafter began to treat women individually suffering with PPD.